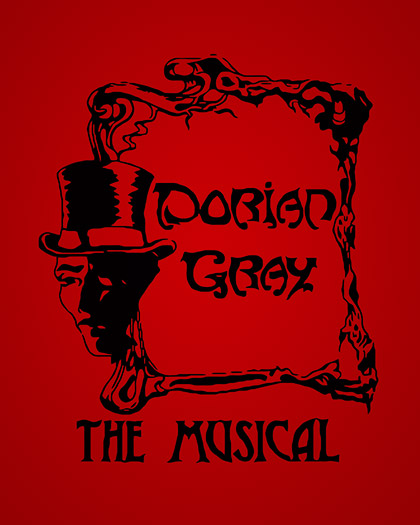 Act 1: opens on a busy London street in 1880. The company celebrate the seasons of life ‘Through an Artist’s Eye’. Among them the artist Basil Hallward sketches, suddenly finding inspiration in the eyes of a young man who agrees to sit for him. His name is Dorian Gray.

Two months later, in his studio, Basil tells Lord Henry Wotton about this extraordinary youth who has brought new intensity into his life and art. The picture of Dorian Gray is almost complete: but to Henry’s surprise Basil will never exhibit it – it reveals too much of himself. When it’s model arrives for his final sitting Henry stays against the painter’s wishes. He urges Dorian to live to the full the life of his senses, to exploit the world that belongs to him for a season; and, fired by Henry’s influence, Dorian sees his portrait for the first time. Bitterly jealous of its permanent beauty, he vows to sacrifice his soul if only the portrait will age in his place and he can stay young forever. Shocked, Basil tries to destroy it but Dorian stops him. The picture will be sent to his house as a gift.

In the following scene Lord Henry takes his new protégé to Aunt Agatha’s soiree where her guests express their admiration for the handsome, accomplished youth ‘Dorian Gray’. While he plays the piano for his audience, Lady Agatha tells Henry about Dorian’s tragic past and his inheritance, via his late grandfather, of the Selby Royal estate. Alone, Henry resolves to exploit this ‘child of love and death’ for his own pleasure; and when Dorian confides to him his love for an unknown actress, Sybil Vane, he enthusiastically persuades him to marry her. ‘Actress’.

Scene four takes us to Sybil Vane’s home near the theatre in Bluegate Fields. She is giddy with love for the mysterious and aristocratic ‘Prince Charming’ who comes every night to watch her perform. Mrs Vane, herself a retired actress, has doubts: she reminds her daughter of their obligations to Mr Isaacs, the theatre manager. Sybil’s brother James is more blunt about his intentions towards any man who wrongs her. It is the day of his departure for Australia in a merchant ship, and the scene concludes with the three of them sharing hopes, fears and dreams among other strollers in Hyde Park before James sails and Sybil performs ‘Castles in the Air’.

That evening, Dorian takes Lord Henry to see Sybil play Juliet. She impresses Henry with her beauty but her performance is a disaster: her real love for ‘Prince Charming’ has stolen the life from her acted love for Romeo. Henry is scornful, Dorian is mortified, and even the audience (tempted into the theatre in the first place by the scene-opening ‘Bluegate Fields’) voices its derision. After the performance, in her dressing-room and blissfully unaware of her failure, Sybil anticipates her lover’s visit. ‘Prince Charming’. But when Dorian enters he brutally rejects her for shaming him ‘Juliet Still Lives’ and abandons Sybil to her absolute grief.

In the final scene of the Act, Lord Henry calls on Dorian late the following morning. Victor, Dorian’s valet, is concerned that he has not returned from the previous night’s engagement. At that moment he does come home, having spent the entire night walking the streets. Exhausted but elated, he tells Henry that he is going to ask Sybil to marry him after all! Henry reveals the purpose of his visit, to discover Dorian’s reaction to news he assumed he had himself heard: news of Sybil’s suicide. He counsels the distraught lover to see her death as the climax of a tragic play, to mourn Juliet rather than Sybil Vane. After Henry leaves, Dorian makes a discovery that terrifies him: when he lifts the cover from his newly delivered portrait he sees its face twisted in a cruel sneer. Shock changes to defiance as he realises the strange power his Faust-like bargain has granted him… Victor interrupts his thoughts by announcing Mr Hubbard, the frame maker, and his assistant. Immediately he decides not to have the portrait hung in the library as he had planned: instead, he orders the two men to carry the covered picture upstairs to the attic. This they do, with much struggling, straining and speculation. ‘Hangin’.

Once there the portrait will remain hidden for the rest of Dorian’s life.

Act II: begins with a scene that charts the progress of eighteen years of Dorian’s life from that fateful year. In contrast with their earlier praises, the company condemn the man whose youth seems eternal but whose influence is increasingly dangerous ‘Time Will Fade’ / ‘Oh So Strange’ sequence. The plot resumes in November 1898, when Basil Hallward, on way his to Paris to revive his flagging career, calls on Dorian late at night. Astounded by the youth of a friend he has not seen for years, he tells Dorian about disturbing reports of his corrupting influence and implores him to rid himself of his ‘madness for pleasure’ before it is too late. Dorian responds by taking him up to the attic where, among ‘the spoils’ of the war he has waged against time, stands the portrait. The cover is removed to reveal a hideous transformation, the visible image of Dorian Gray’s soul. The climax of their exchange of feelings ‘The Work of Satan’s Hand’ is the murder of Basil Hallward. Early the next morning, in response to Dorian’s summons, Dr Alan Campbell arrives; and, under the threat of blackmail, he agrees to help with the disposal of the body.

The scene changes to Daly’s bar, near the now derelict theatre where Sybil once appeared. A newly-arrived sailor is welcomed by a group of prostitutes ‘Bluegate Fields’ Reprise; and, drinking alone, is James Vane, still a merchant seaman and back from Australia. Then Dorian enters, craving relief from his recent ordeal. One of the prostitutes recognises him as ‘Prince Charming’ and calls out his name. James hears and follows him as he leaves the tavern. He seizes him with the intention of avenging his sister’s death, but under the gaslight the face of ‘Prince Charming’ is that of a twenty year old youth – how could he have been responsible for Sybil’s suicide? Dorian makes his escape, leaving James to reflect on his love for Sybil and his yearning to be reunited with her ‘Timeless Sea of Love’. The scene is transformed into the setting of an Opium den in which the danse macabre of ‘Journey Into Hell’ takes place and where Dorian, joining members of the Company, seeks temporary oblivion.

It is now September 1899. Dorian has invited Lord Henry to join his few remaining friends and himself at Selby Royal. He has resolved to give up the ‘vileness’ of his past life. Among the weekend party is Gladys, now the Duchess of Monmouth, whom he had first met when she was only fourteen; and, while her husband joins the pheasant shoot outside, Dorian enjoys a flirtation with her.

An accident is announced: one of the beaters has been shot dead. A search of the body produces papers revealing his identity as a sailor, as well as a small pistol… Again, fate has appeared to favour Dorian Gray: and now, why shouldn’t Gladys, with whom he is falling in love, share his charmed life? With Henry as go-between, Dorian and she declare their feelings ‘Love Has Intervened’. In the final scene, two months later on a November evening a year after the still talked about disappearance of Basil Hallward, Lord Henry visits Dorian at his London house. His host has just returned from Selby Royal. His youthful hope rekindled, Dorian describes his ‘moral rebirth’ since the shooting incident and goes on to say that Gladys is coming alone to his house that night. Henry, in an uncharacteristic show of feeling, dismisses this moral revival as mere vanity and leaves. Undaunted, Dorian waits for Gladys and reflects that even the worst sinner is offered redemption ‘Could I Start Again’: his love for her will save his soul. But (in a brief reprise of ‘Prince Charming’ Sybil Vane ‘returns’ to force him to relive the moment he rejected her. He regains self-control and resolves to see his portrait once more. If its beauty is restored, even partially, then true redemption is his. In the attic he removes the cover to find the worst horror of all: the picture is more hideous than ever and is now covered in blood. He seizes the dagger which killed Basil and is about to stab the picture to kill its ‘monstrous soul-life’, when the ghosts of his victims, with the Company, surround him in a demonic finale, the reprise of ‘Dorian Gray’.

At the climax he stabs the picture and falls dead at its feet. Responding to his cry, Gladys appears at the attic door and sees the body of an aged man contorted in death. Then as the music of ‘Love has Intervened’ swells to its own climax, both she and the audience see, as if it rises from the corpse, the beautiful and enduring picture of Dorian Gray.